At the national level, Dr. Tan serves on the Board of Directors of the National Association of EMS Physicians and is Host of the Paramedic TV series "Standing Orders with Dr. David Tan" exclusively on EMS1.com.  Regionally, he serves as Vice-Chairman of the Missouri State Advisory Council on EMS having been appointed by Governor Bob Holden in 2004 and re-appointed by Governors Blunt and Nixon.  In 2011, the Missouri EMS Association honored him as the state's Physician of the Year. 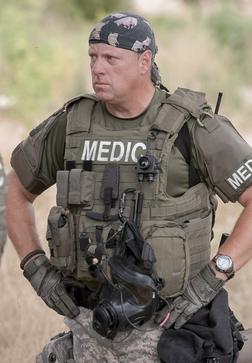 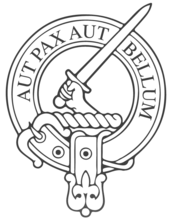 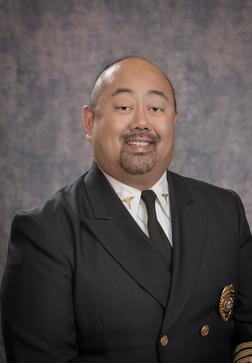 Our staff is composed of experienced professionals working in Tactical EMS, Law Enforcement Special Operations, Emergency Medical Services and the Fire Service.  In addition to being seasoned instructors, we are all committed life long learners and working in the fields we teach. We believe in treating everyone with respect and as adult learners. We use real world examples learned through first hand, hard won experience and relate those lessons to your realities and your operational needs.

​Chief Wylie has been in the fire service for 29 years serving first as a volunteer firefighter and then as a career firefighter, rising through the ranks to become the Fire Chief of the Cottleville FPD in St. Charles County, MO in 2005.  He is a graduate of Lindenwood University (84’) The University of Maryland Staff and Command School (96’) and the National Fire Academy’s Executive Fire Officer Program (2000).

During his tenure, Chief Wylie has served as director of the St. Charles/Warren County Haz Mat Team, and President of the Greater St. Louis Fire Chief’s Assoc.  He currently serves as the President of the Professional Fire & Fraud Investigator’s Assoc. Additionally he has been an appointed member of the Governor’s homeland security advisory council, and is a current board member of the State of Missouri’s Fire Education and Safety Commission as well as immediate past Chairman of the St. Louis Area Regional Response System (STARRS). Rob has served as a Tactical Medic/ TEMS Team Leader with the St. Charles Regional SWAT Team for the last 18 years and serves on the Committee for Tactical Casualty Care’s Guidelines Committee.He has recently joined the faculty of the Counter Narcotics and Terrorism Operational Medical Support (CONTOMS) program through the Dept. of Health and Human Services in Washington, DC.

Rob is a certified instructor through the Missouri Police Officers Standards Commission (POST), the Department of Homeland Security’s Center for Domestic Preparedness as well as Missouri State Fire Marshall’s Office and teaches regularly at the state, local and national level on leadership, counter terrorism and tactical medical support of law enforcement operations.  Other areas of instructional specialty include fire investigation, safety and fire inspection techniques.